Mobile apps: Not Suitable For Work? 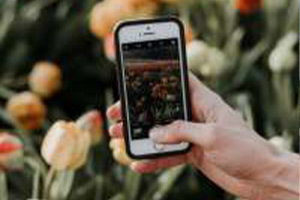 11 apps. That’s how many I installed in the 1 week I spent up in beautiful British Columbia, on the Sunshine Coast. The sun so bright, the water so blue – and my phone so full of new apps. Over a span of five days, I installed an app for Caltrain, one for United, another for Vancouver, even one about ferries in BC. While most people install an average of 3.5 apps a month nowadays, here I was, hitting the Play Store every few hours for something new. And my motivations were somewhat different from the usual buzz you get from Facebook and WhatsApp – they were mostly about finding the right information using my phone. For example, I saw that the Caltrain website looks terrible on my phone, so I looked for an app in the Play store and, sure enough, found one that worked well. I’m sure you’ve been through that process, too, when you find a problem and think that there must be app to solve it.

What I find fascinating, though, is that I don’t seem to think that way about business issues. When I see a problem at work, I don’t think of a mobile app, I think of a web solution. Track leads? Buy into Salesforce. Send mass email? Sign up for Mailchimp. Set up a marketing process? Use replyapp.io. So while my personal needs demand mobile apps, my business needs seem to be calling for web solutions. For example, while I know Salesforce has a strong mobile offering, I’ve never used it to track leads. And replyapp does not even have a mobile offering, but that’s not stopped me from relying on it.

As a company that offers mobile apps for businesses, I see this behaviour among prospects regularly. I’ve seen customers spend thousands of dollars rolling out responsive websites. I’ve seen nonprofits spending hours tweaking their Sites pages. But I don’t see them considering solving issues with a mobile app. It’s not that they think it won’t work – it’s that most people seem to not think of mobile apps for work at all. Consider this chart from Statista about the categories of apps that are popular in the US – Business appears far down the list, with only about 22% of people even trying Business apps.

I can see, though, that this is changing. Recently, a friend who runs an online store in Amazon discovered Amazon Seller, a mobile app that gives him access to his store on his phone. Now, he’s probably in Amazon Seller more than in WhatsApp (and that’s saying something, for an Indian). And our customers who DO make the effort to think Mobile wind up being addicted to the idea. So I guess that’s the issue: Mobile is not yet in the normal mind-space of solutions today. And I believe the operative word is “yet”. In the “personal” space already, no matter what problem you want to solve: there’s an app for that!