How the Gods and the Romans made your New Year 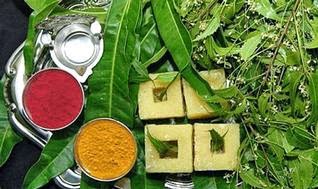 Our lives are run by Time, and time begins with the New Year, in our minds. For most us in the Northern Hemisphere (where roughly 88 percent of the world’s population lives), though, starting the new year on January 1st feels strange and counter-intuitive. It’s the dead of winter and most of nature is quite literally sleeping. The way that we humans devised systems to track time has been a complex affair, influenced by religious traditions, politics, astronomical events and seasonal changes. So with all of those and more at our disposal, why does our new year start on January 1st, which is no time for renewal and rejuvenation.

Simply put, it’s all about politics. When the Romans used a lunar calendar, the year began in March, on the day that the new consuls took office for the year. But the lunar calendar frequently fell out of step with the seasons and had to be corrected. To make matters worse, the Roman pontifices (who were charged with overseeing the calendar), often added days to extend political terms or interfere with elections. And here you were thinking that only the Russians did that….

Roman calendar desperately needed to be fixed. With the aid of Sosigenes, an Alexandrian astronomer, Julius decided to do away with the lunar calendar completely and follow the solar year, as did the Egyptians. The year was calculated to be 365 and ¼ days. Caesar added 67 days to 45 B.C., making 46 B.C. begin on January 1st, rather than in March.

Julius also decreed that every four years an additional day would be added to February, thus keeping his calendar from falling out of step. This started our current practice of the Leap year.

The Roman God of beginnings and endings

January had a festival for Janus, the Roman god of time, duality, gates or beginnings. Janus’ has a most interesting association with time. His two heads were said to allow him to see both the past and the future. He was said to have witnessed the beginning of time, and could see ahead to the end.The association between Janus and the calendar was cemented by the construction of 12 altars, one for each month of the year, in Janus’s temple in the Forum Holitorium.

From 153 B.C. onwards, the Roman consuls took office on the first day of January, offering prayers to Janus. The Romans distributed dates, figs and honey to their friends, hoping that the new year would turn out to be as sweet, as well as coins hoping that the year would be prosperous.

By the middle ages, the celebration of January 1st as the beginning of the new year fell out of practice, even with die-hard followers of the Julian calendar. This was because Caesar and Sosigenes were a bit off in their calculation of the length of the solar year. The correct value of the year was 365.242199 days and not 365.25 days. That 11-minute a year error added 10 days by the mid-15th century. So in 1570, Pope Gregory XIII commissioned Jesuit astronomer Christopher Clavius to come up with a new calendar. In 1582, the new Gregorian calendar was implemented, omitting 10 days for that year. And establishing a new rule that only one of four centennial years should be a leap year, thus correcting for the additional days in the Julian calendar. Since then, the Gregorian calendar has become the most widely used calendar across the world and people celebrate January 1st as the precise arrival of the New Year.

Are there other New Year dates?

While a lot of cultures have their New Year’s day on different dates, celebrating the Julian/Gregorian New Year’s Day on January 1st is now universal. And the Times Square ball drop on a chilly New York night is a much watched tradition world-wide.

As we help our customers track time. we’ll bring you more interesting tidbits about work, time, life, phone and the balance between them. Wish you a very joyous, peaceful and healthy 2019.