5 reasons why being on time is important 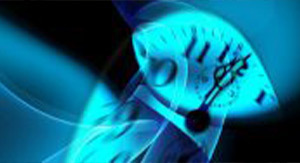 Do you think being on time is important? And if so, how important is it? Being a company that focuses on time tracking, our response is obviously biased 🙂 But ask just about anyone (regardless of whether s/he is on time) and chances are that the answer would be “Of course, it’s important”.

Being on time, matters. It communicates whether others can trust you and rely on you. It tells others how you view yourself and them and how important your relationship with them is to you. So professionally, can you afford not to be on time? Being consistently on-time or even early is a great way to make yourself stand out from the crowd and create a fantastic first impression.

Barring true emergencies, there’s really little excuse for not being on time. Being on time is completely within your control. You know most of the factors that control being on time. Taking ownership of them and making sure that you’re punctual shows that you value the other person’s time and relationship. King Louis XVIII of France said, “Punctuality is the politeness of kings”. Let’s look at why being on time is important.

So we encourage you to take pride in being a person who is always on time and prepared for your appointments. After all, there’s no downside in being early, but there’s a significant downside to showing up late.